General Grant - Did You Know? If you couldn't tell, we're big fans of Ulysses S. Grant!  This guy was the leader of the Union Army during the Civil War and then later became our 18th President - not too shabby!  Anyway, we thought it would be fun to fill you in on some of the more obscure facts about General Grant - so here it goes... 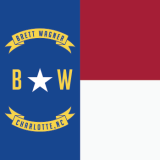